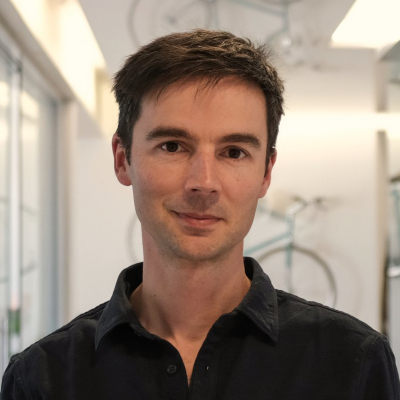 Tom co-founded Torchbox, a digital agency focused on international non-profits: NGOs, government, charity, education, arts and sport. With five offices around the world, Torchbox is now one of the UK's largest independent agencies. Since 2019, it is 100% employee-owned.

In his role as CTO, Tom built a world-class technology team and led them on high profile projects for the UN, NASA, Google, Oxford University and the UK National Health Service.

Tom leads a global community of developers behind Wagtail, the open source product which was created by Torchbox and is now the world's most popular Python CMS, used by Google, NASA, Mozilla and Apple, as well as universities, governments, artists, newspapers, charities, banks and startups around the world.

He lives in the countryside in England, with his wife and two daughters. He plays cricket in the summer and makes music all year round.

Learning to program can make you feel like you've gained a magical power. In particular, Python, with its deceptive simplicity and massive ecosystem of tools and libraries, can give you the ability to automate, accelerate, analyse, combine, create... As the world moves faster and faster towards digital connectedness, developers gain influence, power and fortune. In this talk, Tom will suggest ways for you to use your powers wisely: to make a dent in global injustice, to help find solutions for society's most pressing problems and - ultimately - to find happiness.